The city of Venice, California was designed by Abbot Kinney to be the “Venice of America” and officially opened to the public on July 4th, 1905. You might not be aware that up until 1926 Venice operated as its own city. Now it takes up 3.1 square miles of Los Angeles and has a population of over 41,000 people.

A mural of Abbot Kinney on the Venice Post Office

• Initially the area south of Santa Monica which we now know as Venice was a Marshland and the purpose of the canals was to drain those marshes to have solid foundation for homes in the area which would border the water. Imagine what that was like having 27 canals running through Venice rather than the three we have left today. The Venice Canals in 1918 (Courtesy of the USC Libraries – California Historical Society Collection.)

• Abbot Kinney Boulevard was originally called West Washington Boulevard up until the late 1980s when business owners in the area wanted to rename the street in dedication to Abbot.

• The Venice Farmers Market which runs every Friday from 7am to 11am at Venice Blvd and Venice Way started in 1987 (32 years ago). 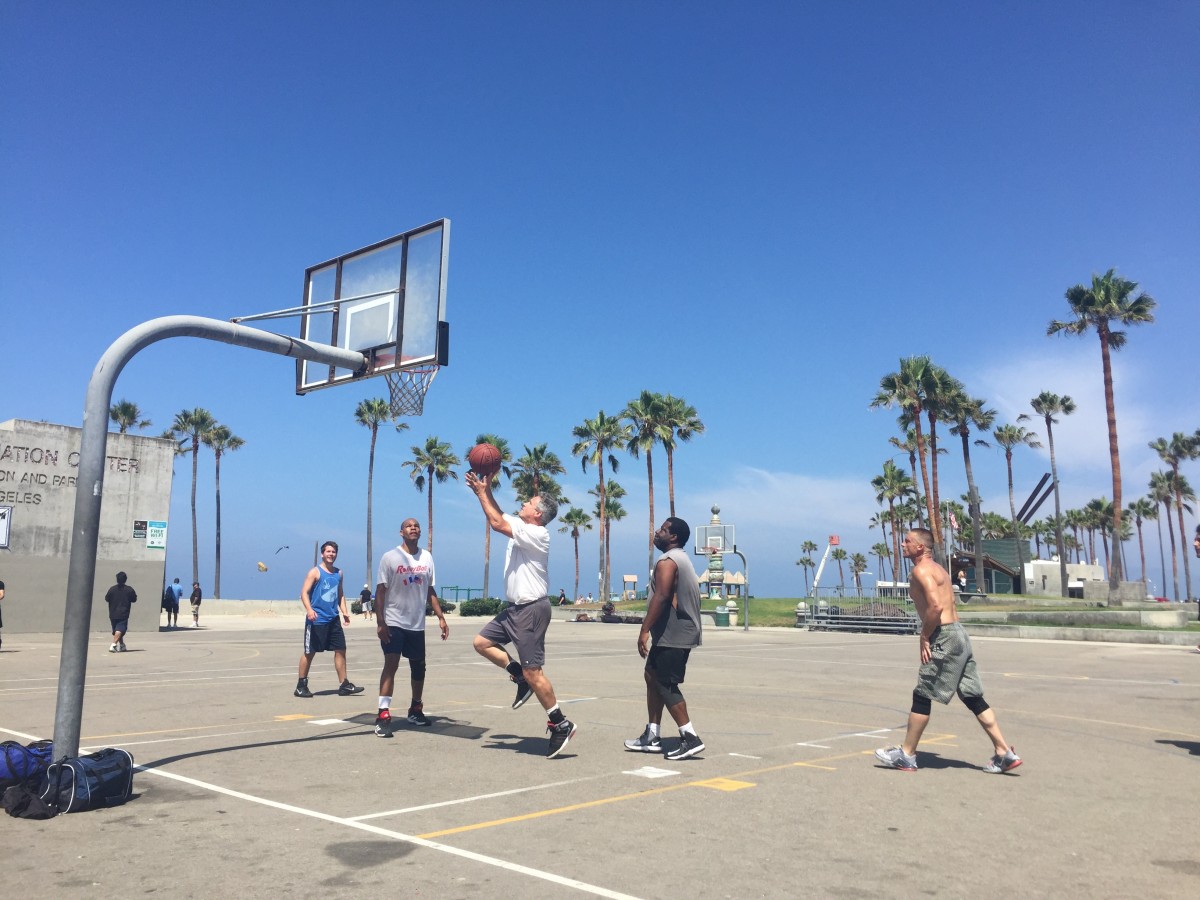 Basketball players in a pick-up game at Venice Beach

• The 2028 Summer Olympics will be taking place in Los Angeles, competitions for Skateboarding and 3×3 basketball will be hosted in Venice!

• Saturday October 3rd, 2009 was the grand opening of the Venice Skate Park which took $3.5 million and 10 months to build. It is 16,000 feet of beachside Skateboarding.

A skateboarder rides the bowl at Venice Skate Park

• Two episodes of The A-Team were filmed in Venice and about one fourth of BayWatch episodes were filmed along Ocean Front Walk. The Baywatch crew at Venice Beach

• If you have a dog bring them along to the beach and let them run free at them Westminster Off-Leash Dog Park (1234 Pacific Ave, Venice, CA 90291)